An Interview with Sara Foster 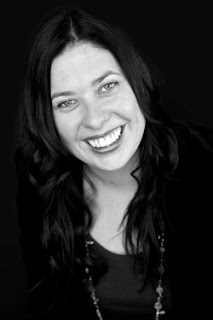 Whilst most non-Australians struggle mimicking the Aussie drawl most readers of Sara Foster’s latest mystery Shallow Breath, set predominantly in Western Australia, would be surprised to learn that the author of this quintessential Aussie story has only lived there for eight years.
English-born Foster has always felt the land down-under was her second home. Thanks to her Australian stepfather there were many childhood family visits to the sun-burnt country.
The best-selling psychological suspense author credits her “Aussie” friends and her travel around the country for her insight in creating authentic Australian characters in her latest mystery. “I’ve enjoyed talking to many different Australians with interesting stories from similar backgrounds to many of my characters before I began writing.”
Shallow Breath, set in the present day, with flashbacks to the early nineties, tells the tale of Desi, a woman who has done something terrible in her past and now returns from prison to her seaside home hoping to reconnect with her teenage daughter Maya. Maya is finding it difficult to forgive her Mother for her inexplicable actions. 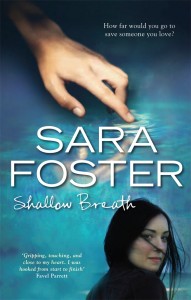 Told in five parts via multiple view-points, Desi recounts her life in the nineties whilst working at the West Australian iconic Atlantis Marine Park just as it was shutting its doors. It was there she met American Connor, a passionate marine biologist, with whom she develops a friendship which changes her life forever.
Foster spent months researching Atlantis and the true-life drama and public fascination surrounding the releasing of its tamed dolphins back into the wild upon the 1990 park closure.
Foster continues, ‘I chatted to a lady who lived locally and had worked in the restaurants there who filled me in on extra details.  I also talked to a lot of people who had been visitors and remembered the dolphin shows well and provided their own photos.”
Ironically, one of Foster’s friends with whom she had lost touch approached her on her launch night telling her she used to work with the dolphins there. “I had no idea,” said the surprised author.
Strange connections like this were actually the inspiration for the book. The most relevant to the book reminisces Foster was not of the human-kind.  “In 1999 when I was diving on the Great Barrier Reef, I returned to the boat and was hanging on to a rope waiting to be helped out. I put my face underwater and found myself staring at a ten to thirteen foot minke whale less than an arm’s length away just watching me curiously.”
Instead of being frozen with fear, as Foster had expected to be on encountering an enormous creature, she was instead filled with wonder. “I certainly felt that there was an assessing, intelligent eye watching me.” 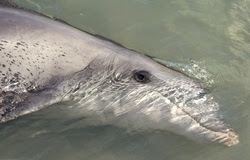 Foster counts this underwater encounter, as well as her ”travel to some amazing places”, as the fuel that has steadily grown her passion for conservation over the past twelve years. “Without that experience I don’t know if I would be quite so passionate about saving all the minke whales harpooned every year in the Southern Oceans,” she adds. 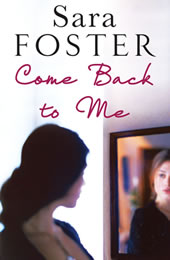 She also reminisces of “fabulous encounters” with wild dolphins and an hour-long play session with a baby sea lion in the Galapagos – “this little animal just bolted around me and mimicked whatever movement I made.”

Readers of Shallow Breath will find themselves bang in the middle of an eco-warrior drama and Foster’s fervor for animal conservation shines. Foster often highlights conservation issues through her Twitter and Facebook accounts and a visit to her website www.shallowbreath.com provides information not only on her book but issues as wide-ranging as the dwindling orangutan population, horrific treatment of dolphins in Japan, and the plight of orphaned Kangaroo joeys after their mothers are killed in culls.
“I’ve realised just how fragile so much of life is,” says Foster “and how an enormous swathe of the natural world is under threat today from industrial development without respect for nature or regard for long-term sustainability. Shallow Breath developed out of this interest, and I plan to continue talking about it and supporting different causes as much as I can.” 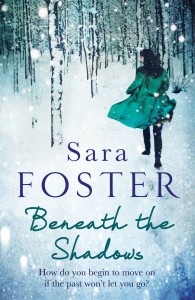 This book is Foster’s third and she admits that it can become “quite intense” juggling her family life in a northern Perth suburb with her young daughter. “Basically, whenever my husband isn’t working he is looking after our daughter while I am locked away with the laptop and piles of draft chapters. I try not to take on too many deadlines so our family life isn’t pushed aside for too long but it’s definitely a challenge.”
With the rise and rise of e-books, and the changes in the industry, Foster believes that “the terror of physical books ‘dying’ is probably a bit of an overreaction.”  Instead she hopes the flexibility offered by e-books may create earning opportunities for writers. “I really admire people like Hugh Howey, whom I think has been particularly savvy in the way he has published his books in different territories.”
Despite her mastery of the Australian vernacular, and without ruling out a future sequel to Shallow Breath, Foster won’t be returning immediately to the island continent in her next book. “I think I’m going to go for some more dark and unusual family secrets in a psychological suspense set over the course of one night in the Lake District in England. Watch this space!”

For a FREE First Chapter of Shallow Breath CLICK HERE

PURCHASING DETAILS
You can purchase Shallow Breath from all good books stores in Australia.
E-Book for Australians and International: Amazon   Amazon UK
if you are overseas or in Australia, you can ALSO purchase direct from the author's website.
CLICK HERE.

Posted by Susan May Writer at 4:06 AM