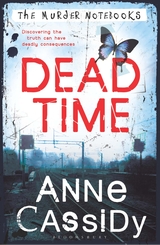 “Dead Time” is the first of the “Murder Notebook Series” by Anne Cassidy.  Cassidy has penned over thirty books during her career and her latest series follows two teenagers, Rose Smith and Joshua Johnson.

Twelve-year-old Rose’s mother and fourteen-year-old Joshua’s father live together happily until one night their parents go out to dinner and never come back.  Nothing is heard of them again and the two are sent to live with different relatives.
Five years later Rose and Joshua are due to meet up, having not seen each other since that fateful night.  As rose waits on a train station heading to their rendezvous she is harassed by a boy from her college who has constantly made her life a misery.  He finally walks away only to be stabbed and killed on the railway bridge in full view of Rose.  She sees the attack but it occurs too far away for her to identify the assailant. After being befriended by the murdered boy’s girlfriend, things become even more frightening when the girlfriend is also found dead in a nearby cemetery.
As Rose is dragged into the mystery of the murder investigation, she and Joshua also begin to believe they may have found clues to the disappearance of their parents.  Rose is as feisty and stubborn as Joshua is thoughtful and melancholy which makes for good conflict.
As in all good YA books, Cassidy fills her story with teenage awkwardness and simmering emotions.  Even though some may be disappointed with the lack of answers on the overall mystery of the parent’s disappearance, the solving of the murder was satisfying.  Certainly there will be many waiting for the next book of the series as the two continue their hunt to solve the mystery of their parent’s disappearance.  Any young adult fan reading this will certainly not feel they have spent any dead time with this author. 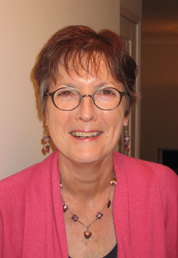 Anne Cassidy was born in London in 1952, and worked for some years as a teacher, before becoming a full-time writer. She specializes in crime stories and thrillers for teenagers, and has written a series of East End Murder books.
Consequently, she has often been described as 'Ruth Rendell for teenagers', and includes Rendell among her own favourite authors. Since the early 1990s, Cassidy has produced a prolific output of both young adult novels and books for younger children, and had a steady and moderate stream of success until the award-winning Looking for JJ (2004) dramatically increased her public profile and credence in the literary world.  Learn more about Anne Cassidy at her website http://www.annecassidy.com/

Posted by Susan May Writer at 7:00 PM