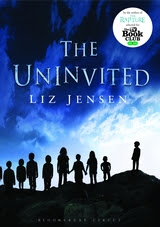 A good story always has a protagonist riddled with faults, self-doubts and obstacles.  It makes for realistic reading and gives the character room for growth.  But it’s a crazy brave author who imbues their lead character with Asperger's Syndrome, an autism spectrum disorder causing sufferers to struggle with correct social interaction, repetitive behavior and obsessive interests.
In ‘The Uninvited’, author Liz Jensen’s Asperger’s sufferer Hesketh Lock is a world authority on anthropology, employed by large organizations to analyze worker’s group behaviour.  His syndrome, which makes him unable to form true relationships with other human beings, gives him the unique ability to unemotionally analyse patterns in behaviour.
When seemingly loyal workers in organizations around the world suddenly wreak havoc through sabotage, followed quickly by suicide, Hesketh is sent to Taiwan to investigate the first occurrence.  He then finds himself travelling across the world as more and more workers damage their companies in various ways, from computer espionage to setting explosions, before dying.
Simultaneously, children around the world are suddenly and violently turning on their parents and grandparents, killing and maiming them.  It begins with a seven-year-old girl who puts a nail-gun to her grandmother's neck and fires.   As the story progresses Hesketh begins to wonder if his step-son, Freddy, the only person for which he feels any type of love, is also becoming part of the global epidemic of insanity.
This book is fascinating and a challenging read for the same reason.   Hesketh’s Asperger’s makes it a very confusing book in the first third due to his propensity to jump from one seemingly unrelated thought to the next.  However, when your mind becomes accustomed to his disjointed voice, you begin to appreciate his compelling view of human nature and the world.
Jensen has written a character rarely encountered in fiction. Her eco-apocalyptic vision is also refreshingly new and a departure from the usual mutated virus, zombie or nuclear winter apocalypse.
Enter the world of ‘The Uninvited’ knowing it’s going to be a disjointed and slightly sluggish beginning.  However, once all the scattered threads are drawn together, you will find the pace will barely allow you to catch your breath until the shocking revelations at the end. It is quite an experience that may have you exiting your children’s bedrooms for just a few days without turning your back. 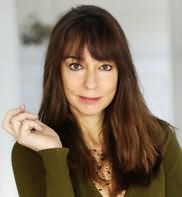 Liz Jensen was born in Oxfordshire, the daughter of a Danish father and an Anglo-Moroccan mother. She spent two years as a journalist in the Far East before joining the BBC, first as a journalist, then as a TV and radio producer. She then moved to France where she worked as a sculptor and began her first novel, Egg Dancing, which was published in 1995. Back in London she wrote Ark Baby (1998) which was shortlisted for the Guardian Fiction Award, The Paper Eater (2000), and War Crimes for the Home (2002) which was longlisted for the Orange Prize and is currently being adapted for the stage. Her latest novel, The Ninth Life of Louis Drax, is published by Bloomsbury in June 2004, and will feature on Radio 4's Book at Bedtime. Next year it will be brought to the screen by Miramax, in a movie written and directed by Anthony Minghella.

Posted by Susan May Writer at 8:00 PM