The Disciple of Las Vegas by Ian Hamilton ★ ★ ★★

NOT YOUR STANDARD HEROINE 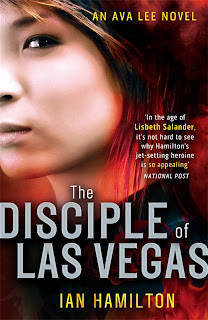 When a small company has a default on a payment or loan, they call in the debt collectors. But who does an International, multi-million dollar business call in when someone has defrauded them of over US$50,000,000?
The answer is simple, or for those in the know, at least. Ava Lee, a Canadian born Forensic Accountant who has partnered with her “Uncle” Chow Tung, an elderly Hong Kong based Chinese businessman who may, or may not, have close connections with the Triad gangs.
For Tommy Ordonez, the richest, self-made millionaire in the Phillipines, they are the answer. As Ava begins her investigations, starting with Tommy’s North American based brother, Phillip Chow, she soon discovers a complex real estate fraud case that ultimately links back to the shady world of on-line gambling. Travelling through San Francisco, Las Vegas, Vancouver and London, Ava is forced to watch her back as a contract has been put on her by a disgruntled adversary.
Not your standard heroine, Ava is not prepared to let others do the dirty work and, in her line of business, it can certainly get dirty. Cool and calm, she refuses to be flustered when attacked by anonymous strangers, hit men or even confronted with matchmaking close friends.
Ava is an unusual character whose unique personality adds to the tale. An exotic combination of traditional and respectful Chinese culture and modern Canadian values, Ava is not prepared to back down from any confrontation, nor allow herself or her colleagues to be manipulated into actions which are not of any benefit to themselves. Tough, resourceful, chic and incredibly intelligent, it’s certainly a wild ride as we follow Ava on her business trip like no other.
Ian Hamilton has lead an exciting life working as a journalist, a senior executive with the federal government, a diplomat, and a businessman with international links. His first book, a non-fiction publication, was published almost 40 years before his first Ava Lee novel. Fortunately, his experiences from travelling throughout the world have given him an excellent background to draw upon for his current series. Like Ava, Ian and his wife are based in Canada.
If you are a fan of strong female characters who don’t back down in a crisis and who don’t take prisoners, the Ava Lee series is certainly one you don’t want to miss. Be warned, there are punches thrown and blood spilled so if, as a reader, you’d prefer to avoid violence, this is not the book for you.

RELEASED:  November 2012
More Information from the Publisher Hachette Australia
ABOUT THE AUTHOR 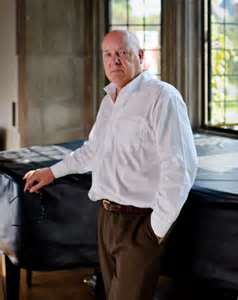 It was a life-threatening health scare that prompted Ian Hamilton to write his first in the series of captivating Ava Lee novels. Just two days out of hospital and recovering from surgery, Ian sat down at his computer. The name ‘Ava Lee’ came to him and the first chapter was quickly written. A few short weeks later, the first Ava Lee novel was completed.
Ian is not a stranger to the literary world. He began his career as a journalist and wrote a non-fiction book in 1968, The Children’s Crusade, which was a Canadian Book-of-the-Month selection. He has written for several magazines and newspapers in Canada and the U.S., including Maclean’s, Boston Magazine, Saturday Night, the Regina Leader-Post, the Calgary Albertan, and the Calgary Herald. He has been a senior executive with the federal government, and as worked internationally as a diplomat and businessman. Although there are 40 years between books, Ian never lost his passion for writing.
The years he spent travelling the world on business, spending countless hours on planes and hotels, became important influences on his writing, providing personal insights into the world of business and into the many people, places and cultures Ava Lee encounters.
His inspiration for the Ava Lee series did not end when the first book was complete. About half way through writing the first book, an idea for the second book came to Ian and he built it into the plot of the first. He began writing the second book the day after the first book was finished. The same is true for the third and fourth books. Within eight months, all four books were complete. Ian secured a four-book deal from his publisher before the last two books were even read by the publisher. International rights have been sold into the UK, Australia, New Zealand, Holland, Germany and worldwide Spanish and French rights.
Ian is currently working on the continuation of the Ava Lee series and has already completed books 5 and 6.
Ian lives in Burlington, Ontario with his wife Lorraine. He has four children and seven grandchildren.

Posted by Susan May Writer at 9:20 PM