YOU by Caroline Kepnes 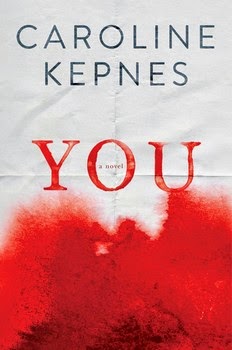 I’ve a new obsession that I need to share. I read a lot, but so few books go beyond "pretty good." Maybe once or twice a year I find a book that is a real thrill to discover. Discovering a debut author who has also written the best book I’ve read all year is very exciting. You know the type of book I’m talking about, where you pick it up and flip to the first few pages, thinking: Yeah, what’s so good about you that everyone is talking? Then out of curiosity you unsuspectingly read the first few pages just before you think you’re going to turn out the light. Two hours later you’re thinking: I need to go to sleep—but I can’t. I’m sucked in. Then the next day, the thought of getting back inside that world sends a little tingle up your spine. That’s Caroline Kepnes’ YOU.

Stephen King’s 1987 Misery was one of those novels, too, that had everyone talking. The insanity and obsession of Annie Wilkes was both mesmerizing and horrifying in equal quantity. In the same year, the film Fatal Attraction gave us the iconic portrayal of obsession with Glen Close aiming her crazy desire at Michael Douglas. They were visceral experiences. Misery and Fatal Attraction spawned a myriad of copycat plots, but I personally don’t think anything has come close to creating their claustrophobic feeling of obsession. That is, until I recently read YOU, debut novel from talented (very talented) U.S. author, Caroline Kepnes.

YOU is simply brilliant. From the first chapter, you’re sucked into the world of bookstore manager Joe Goldberg, whose instant attraction to a random customer, Guinevere Beck, takes obsession and love to a whole new level. She has a boyfriend, but that’s no problem for Joe. She has a demanding girlfriend who keeps getting in the way. No problem either for Joe. These problems have a way of working themselves out when Joe is around. He tracks the love of his life via social media. (Note, this is, also, a cautionary tale on not revealing too much on your Facebook and Twitter accounts.) Things head down a very dark and dangerous rabbit hole and some people are not coming out alive. That’s love, and Joe will do anything for love.

Guinevere is a fabulous character, too. She’s not a perfect girl. In fact, she’s self-indulgent, obsessive, and insecure, but Joe still loves her and it’s his hilarious commentary on her and her friend’s failings that make this book so special. Written in second person, we are right inside Joe’s head as he speaks directly in his thoughts to Guinevere, her boyfriend, and anyone else he encounters. This style of writing is unusual, yet it works perfectly in creating the feel for a story that is all about head games. Now you might think being inside the head of an obsessive narcissist with murderous tendencies wouldn’t be the most pleasant of visits, but thanks to Kepnes's witty prose, you actually come to like Joe—he’s kind of cool. Each time you open the pages you are both excited and terrified to discover what he will do next.  I don’t ever want to meet someone like Joe, but boy I sure do love him.

YOU is one of the most exciting and thrilling reads released this year. A book about obsession will obsess you. When they talk about guilty obsessions this book is it! Great news is that a sequel is on its way.

Thank you to the awesome people at Simon & Schuster Australia for my review copy.

BOOK BLURB
When aspiring writer Guinevere Beck strides into the East Village bookstore where Joe works, he’s instantly smitten. Beck is everything Joe has ever wanted: She’s gorgeous, tough, razor-smart, and as sexy as his wildest dreams.
Beck doesn’t know it yet, but she’s perfect for him, and soon she can’t resist her feelings for a guy who seems custom made for her. But there’s more to Joe than Beck realizes, and much more to Beck than her oh-so-perfect façade. Their mutual obsession quickly spirals into a whirlwind of deadly consequences... 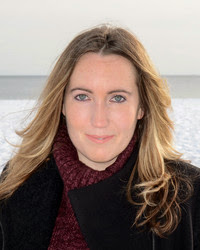 A chilling account of unrelenting passion, Caroline Kepnes’s You is a perversely romantic thriller that’s more dangerously clever than any you’ve read before.
About the author:


Caroline Kepnes is a native of Cape Cod and the author of many published short stories. She has covered pop culture for Entertainment Weekly, Tiger Beat, E! Online and Yahoo. She wrote episodes of 7th Heaven and The Secret Life of the American Teenager. Her directorial debut short film Miles Away premiered at the Woods Hole Film Festival and took third place in the Audience Award for Comedy Short. Caroline is a Brown University graduate who splits her time between Los Angeles and Cape Cod. Her favorite beverages are vanilla latte and root beer flavored vodka. She doesn't do well with flies, needles or freeways.