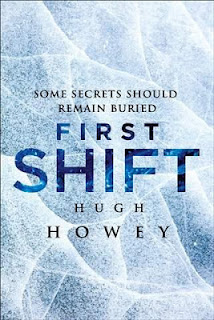 The beautiful blue covered book that is SHIFT, prequel to Hugh Howey’s mega-hit WOOL, sat on my bedside table for a week; not because I didn’t want to read it but I was simply delaying gratification.  I knew once I started it, I would devour the 576 pages in a few days and then I would be forced to leave the world of Howey’s Silo and would have to wait months until the final book in the trilogy was released.
It’s hard to find eloquent words to describe my love for the genius of Hugh Howey.  Reading his work reminds me of how I felt almost forty years ago when I first read Stephen King’s CARRIE.  For me, no author has ever measured against Master King’s writing. There are many great writers who have penned wonderful books but Howey and King have one thing in common. They are storytellers before they are writers.
Even more exciting is that Howey is one of the new breed of Indie Hybrid authors, self-publishing his e-books and licensing the paper-book distribution rights to  major publishers. So, he can write and deliver great reads quickly; no more waiting for the publishing world’s limit of one release a year. 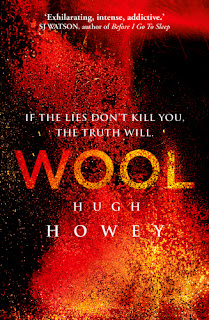 SHIFT takes us back to the beginning before Wool; before the world was laid waste and toxic by something that happened sixty years ago, forcing the few thousand remaining human beings to live in two hundred storey silos.  The silos are layered with not only physical levels but political and social stratas and are governed under strict rule.  None of the Silo inhabitants remember what happened before.
Whilst reading Wool, (which I recommend reading before Shift) there were what you could presume were plot-holes (as it turns out they were purposely there). These are resolved in Shift as we travel from the destruction of Earth to the monotonous existence of the inhabitants of Silo One who are cryogenically frozen and awakened for their shifts of varying lengths.
This new world and its progression through several hundred years is told through the stories of various characters: the engineer who unwittingly designed the silos, a shift worker who remembers fragments of another life, a courier who becomes embroiled in an uprising, a child trapped for years in a computer safe room.
It is science fiction work but it crosses genres ingeniously and the reason for Howey’s huge success is the human stories he tells. Through his wonderful and rich characters Howey challenges us to contemplate hope and humanity.   Just like King’s millions of loyal fans who read every book he releases, there will be few initiates to the Howey style who will not continue to follow him wherever he chooses to write. And that’s the kind of passion a good story-teller evokes.

My review copy of Shift thanks to the hardworking people at RANDOM HOUSE Australia.
For more information please visit http://www.randomhouse.com.au
Release Dates: Australia and New Zealand: May 2013 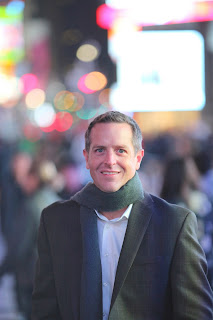 Hugh Howey is the author of Wool, a bestselling novel that has appeared in the top 5 of science fiction on Amazon. He is also the author of the award-winning Molly Fyde Saga. He lives in Boone, N.C. with his wife Amber and their dog Bella.