Rating: ✪✪✪✪ out of 5 Stars 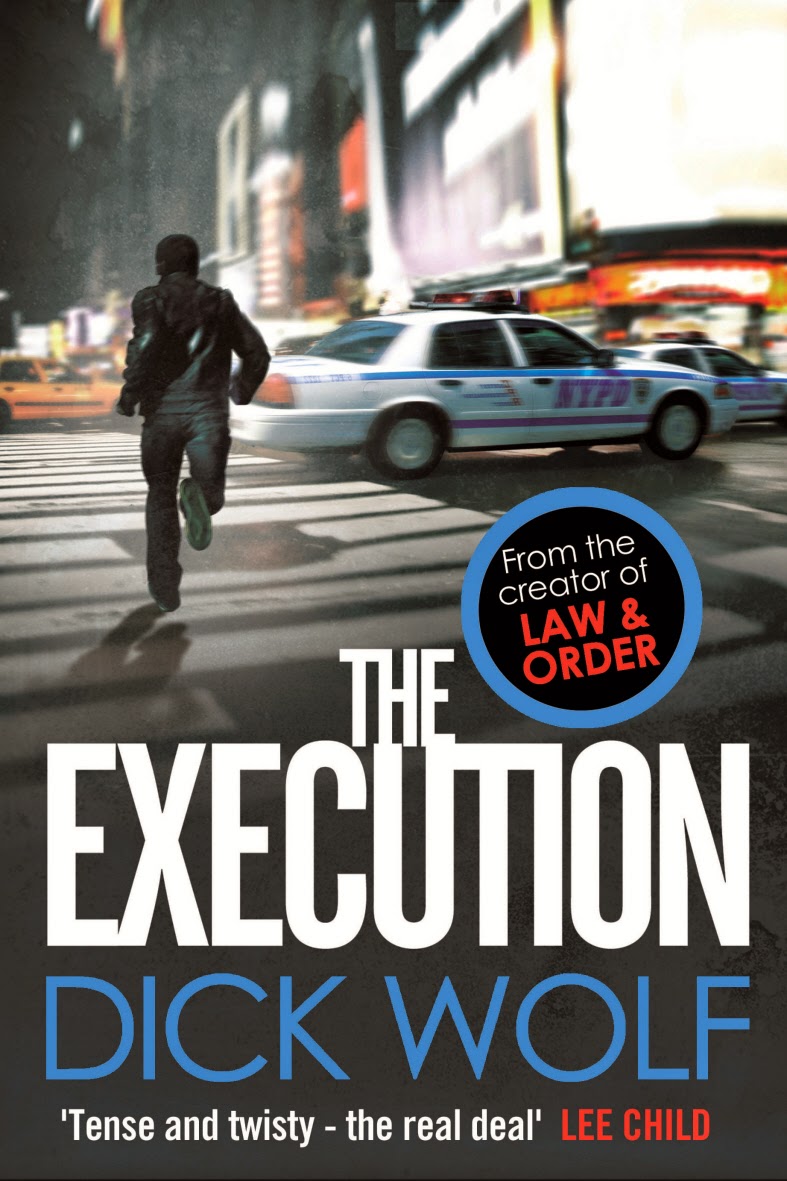 Who hasn’t seen at least one episode of Law and Order, the longest running scripted show on television? It’s been around, would you believe, since 1990. Dick Wolf, the creator of the show, is an award winning director, and producer. Now he's turned his hand to writing books, and he's proved that he can tell gripping stories no matter the medium.
In 2013, he released his first book THE INTERCEPT, and it took me a while to get around to reading it. (If you saw my to-be-read review pile, you would be afraid.) Once I did get to it, I read it in a few sittings. It was brilliant, and a masterful thriller debut.

Its not surprising that Wolf can write a page turning thriller/drama. He does wonders with a 40-minute television slot. Through that discipline, it’s clear he’s learned the craft of grabbing hold of a reader and not letting them go until the last page.

This year he’s released the second in the series THE EXECUTION—although you can read either of these books as a stand-alone. Both stories are a cross between a police procedural and a political thriller set in New York.
His protagonist, Jeremy Fisk, is an investigating officer from the department's Intelligence Division in New York, and he is the perfect, intelligent character on the wrong side of authority to take us on a thill ride.

The story setups are very good. In THE INTERCEPT a plane hijacking is foiled and the passengers who prevent it become instant celebrities. Fisk suspects there is more to this attempt than meets the eye, and that there is an even greater terrorist threat connected to it.

In THE EXECUTION, we follow on directly from the first book, and in the opening scenes, there are some grizzly, nasty chapters à la Breaking Bad involving a Mexican drug lord. Wolf introduces us to Detective Cecilia Garza of the Mexican intelligence agency, and she is a great foil for Jeremy Fisk.

Dick Wolf has become one of my favorite authors. I never miss an episode of Law and Order; in 24 years I’ve only ever missed a couple of episodes of any of the series. I won’t be missing any of his books either. He is an accomplished author and knows how to entertain in any format.

Thank you to Hachette Australia who supplied both these books to me in return for my honest opinion. 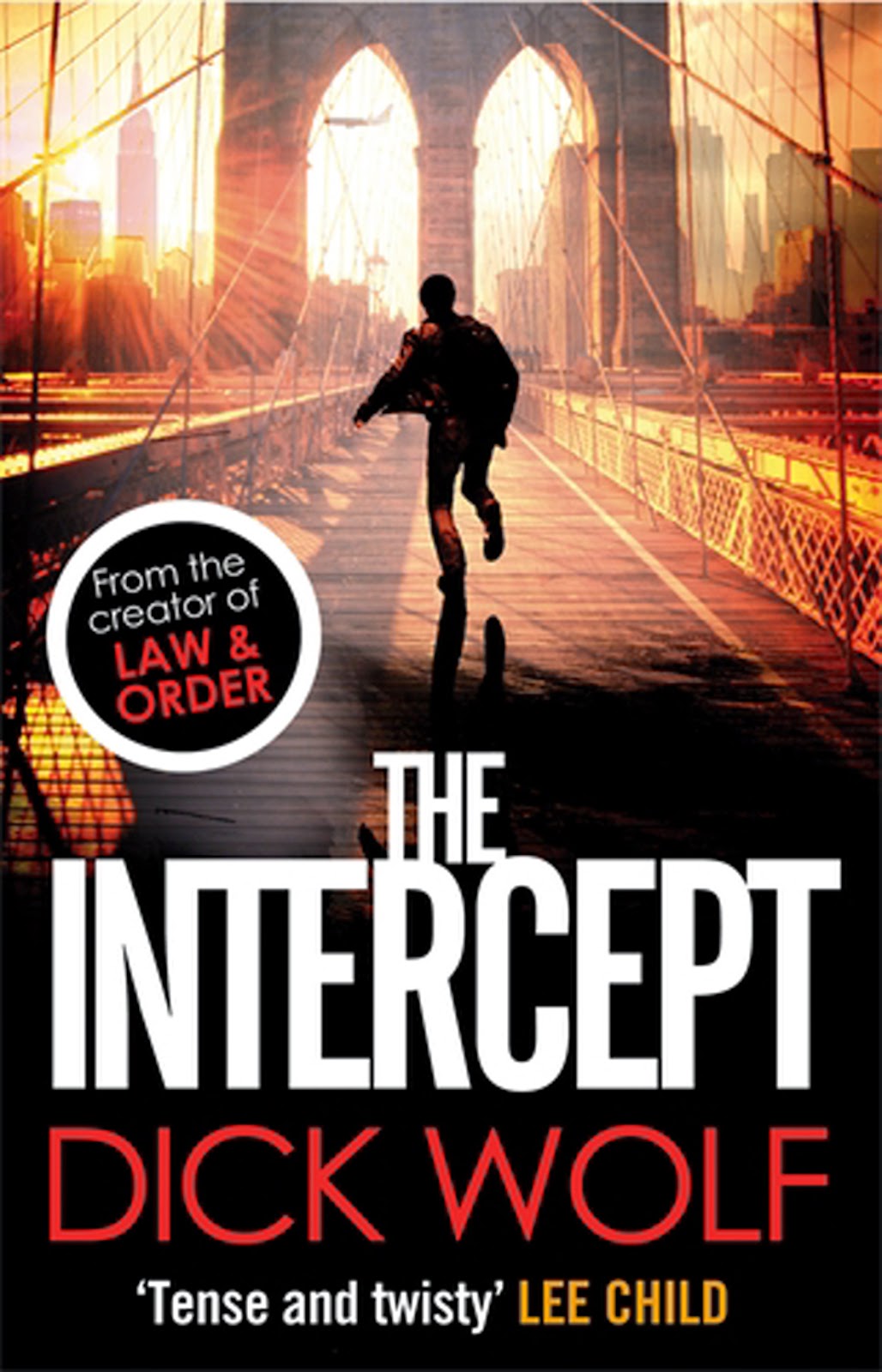 THE INTERCEPT
Four days before the dedication of the new Freedom Tower at ground zero in New York City, five passengers and a flight attendant bravely foil the hijacking of a commercial jet en route to the city. Thrust into the national spotlight, 'The Six' become instant celebrities, hailed for their bravery. But iconoclastic New York Police investigator Jeremy Fisk believes there's more to this than a simple open-and-shut terrorism case. Fisk -from the department's Intelligence Division - suspects that in reality this is an early warning signal that another potentially more devastating attack is imminent. Fisk and his team spring into action, but as each promising new lead fizzles to nothing they realise that their opponents are smarter and more dangerous than anyone they've faced before. The seemingly invisible enemy is able to exploit every security weakness, anticipating Fisk's every move. And time is running out until ground zero day...

THE EXECUTION
THE SECOND PAGE-TURNING THRILLER FROM THE CREATOR OF LAW & ORDER STARRING NYPD SPECIAL AGENT JEREMY FISK.
Soon after the Mexican presidential election, twenty-three bodies are discovered beheaded on the United States border, each marked with a unique symbol - a carving of a hummingbird. Detective Cecilia Garza of the Mexican intelligence agency recognizes it as the signature of Chuparosa - an assassin feared for his cunning and brutality. The fierce and intense detective has been pursuing the killer for years, yet knows little about him, except that he's heading to New York - with the rest of the world. It's United Nations Week in Manhattan and Jeremy Fisk can't let grief over a devastating loss keep him from his duty to safeguard the city. Complicating matters is news of a mass murder nearby - and the arrival of the disturbingly beautiful and assertive Cecilia Garza, determined to do things her way.In the race to catch Chuparosa, these uneasy allies must learn to work together, and fast. As they soon discover, there's more to this threat than meets the eye - and Fisk will have to learn the hard way that justice is not always blind. 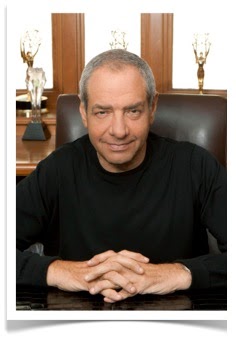 About the author:
Dick Wolf, an award-winning writer, director, producer, and creator, is the architect of one of the most successful brands in the history of television - Law & Order, the longest running scripted show in television history. He has won numerous awards, including two Emmys, a Grammy, and an Edgar.
Posted by Susan May Writer at 8:10 PM