An Interview with Michael Robotham


His readers want him to write faster and he wants them to read more slowly. In order to churn out a book a year, the international best-selling thriller author Michael Robotham is working sweat-shop hours. 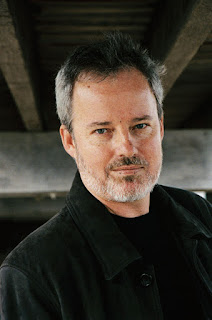 Back in 2004 whilst writing his first novel, The Suspect, his day would start at nine in the morning with an hour for lunch, before working through till five and back in the evening and working again until eleven. Eight years later with seven more books gracing the best-seller lists and a resume that includes twice winning the Australian Ned Kelly Award, short-listings in UK Crime Writers Association Steel Dagger, ITV3 Thriller Awards, the South Africa's Boeke Prize and listings on “International Book of the Month”, making it the top recommendation to 28 million book club members in fifteen countries, you would think by now he could relax and enjoy the success.
“I’m still working long hours, which is a legacy of doing a book a year,” he admits. With his books selling in the millions and translated into twenty-two languages and published in more than 50 countries, Robotham finds that the success has brought even greater demands on his time, “answering correspondence, doing interviews, maintaining websites and touring.”
During this interview he was between his North American and Canadian tours to promote his latest thriller, Say You’re Sorry, a dark, psychological crime story featuring psychologist Joseph O’Loughlin.
In the fourth O’Loughlin novel (The Suspect, Shatter, Bleed for Me) he returns to consult on the brutal murder of a husband and wife in a farmhouse in the small UK town of Bingham. Co-incidentally it had been the home of teenager Tash McBain, who along with her friend Piper had gone missing three years prior—neither girl was ever found.
“The seed of the idea for the story was sown ten years ago,” explains Robotham, “when two girls disappeared from the small village of Soham in Cambridgeshire. There is a very poignant photograph of them wearing matching Manchester United shirts, which was taken only hours before they went missing.” 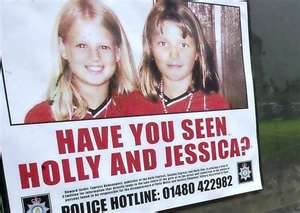 “Holly and Jessica were best friends and they died at the hands of a school caretaker called Ian Huntley. In the weeks before their bodies were found, the entire nation clung to hope and hung on every scrap of information. There were prayer vigils and messages of support and makeshift monuments of flowers. It was as though these girls didn’t just belong to their families, they belonged to everyone.”
Robotham wanted to explore the idea of public and private grief behind tragic stories that capture the public imagination and trigger what psychologists have termed ‘mourning sickness’ but wrap it inside a mystery of the ultimate fate of the girls. “O’Loughlin has such a wonderful sense of humanity and humour,” he says. “He can lead readers into dark places and confidently bring them back again.” 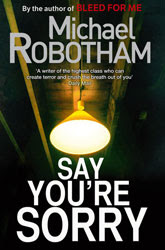 Despite Joe O’Loughlin’s popularity with readers he won’t always feature in upcoming novels. When he first appeared in The Suspect it was never Robotham’s intention to write a series. “I wanted to do stand-alones. At my publisher’s insistence, I compromised and created a cast of characters who appear in the books. I only went back to Joe as the narrator when I came up with the idea for Shatter. It is such a pure psychological thriller that it needed someone like Joe to tell the story. Joe came back in Bleed for Me because my wife insisted I sort out his personal life. I didn’t manage that—so maybe Joe will keep appearing occasionally. He won’t be the star of twenty novels but may appear as a minor character now and then. When readers see him happy, they may never see him again.”
Robotham was initially excited to tour his new book in mid-August when it first launched in Australia. “Finally I could leave my ‘pit of despair’ basement office and talk to some real people. I could meet passionate readers and catch up with other authors.”
But after two months of touring in Australia, the UK and North America, he admits he is “pretty exhausted”. He laments, “It’s a perversity of the process that I’m deep into a new novel which is the focus of my energy and excitement. So my mind is in two places. I’m also a long way from my family and missing them desperately.”
Home is Sydney's northern beaches with his wife, Vivien, and three daughters. Since Say You’re Sorry’s dual narrative is also that of one of the teenage kidnap victims it begs the question of the emotional toll of writing every parent’s nightmare.
“Every parent has those moments when they lose sight of their child in a supermarket or on a busy street and for thirty seconds they feel sheer terror. Or they sit at home on a stormy night, looking at the clock. Someone they love is late home and not answering their cell phone. That’s when the darkness creeps into our thoughts. As Goya said, ‘The sleep of reason produces monsters’.”
This is the fear Robotham admits that he taps into when he writes. “All my nightmares revolve around my daughters. Perhaps I’m subconsciously trying to allay my worst fears, by writing about them. Do I scare myself?  Sometimes.”
In Shatter, one of the characters did get under the author’s skin. “One of the dual narrators is a man who terrorises women by breaking their spirit and their minds. Entering his skin and looking at the world through his eyes was particularly horrible. I remember coming upstairs and having scalding hot showers and curling up in bed trying to get his voice out of my head.”
So why despite this does he continue to enter these dark minds with the added pressure of producing a book a year to keep fans and Publishers happy? Robotham’s answer: “Stephen King was once asked, ‘Why do you write such dark and twisted stories?’ and he replied, ‘What makes you think I have a choice?’
To read the review of SAY YOU'RE SORRY CLICK HERE.
Visit Michael Robotham's official Website for more information about this author.
Posted by Susan May Writer at 6:27 PM