You know those theme-park rides that hurl you up and around at breakneck speed until you don’t know which way is up or down, and all you can do is hang on, enjoy the ride and pray that in the end you keep your lunch? 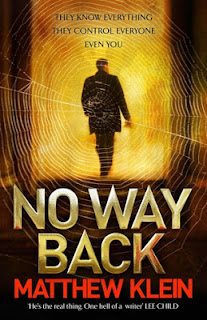 Reading ‘No Way Back’ by Matthew Klein evokes a similar feel. Where most books hint at an ending, Klein manages to deceive the reader until the big reveal.  You won’t know who to trust or what is going on. It is a superb pleasure to turn each page, ‘guessing’, in this very smart mind-bender.
Jimmy Thane is flawed.  He is an alcoholic, a drug addict and has problems remaining loyal to his wife.  Despite these barriers to success he has managed to land himself a job as CEO to a technology start-up that seems strife with its own problems.  The former CEO has disappeared and Thane has seven weeks to turn it around in any way he can.  Pretty standard procedure until he discovers an embezzlement of millions.
Not only that, the company appears to have a faulty product, staff with dubious, unprofessional behaviour and the police keep turning up to question him.   The neighbour is spying on him and his wife is not her usual self, some of which he can put down to the years-prior accidental drowning of his son.  On some occasions, though, she seems to be terrified of him.
Jimmy begins to realise that nothing is what it seems and that his life is in danger. Are the company investors simply businessmen or do they have an ulterior motive?  Is he paranoid or does everyone around him know a secret and he’s the only one clueless?  When you discover the answers they will haunt you for days after.
Matthew Klein writes a brilliant corporate thriller reminiscent of the 1997 film, “The Game”   It is a ride and a half and, after this trip, Matthew Klein is now on my list of authors who are worth every penny of the entry price.

Thank you to Allen and Unwin Australia for my review copy
VISIT ALLEN AND UNWIN for purchasing details and more information. 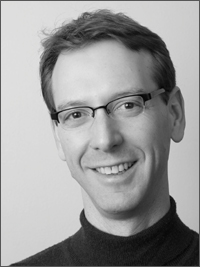 Matthew Klein graduated from Yale University in 1990. He attended Stanford Graduate School of Business, in Palo Alto, during the Internet boom years, but he dropped out of school a quarter shy of graduating, to help run a technology company he founded.
He lived in Silicon Valley for almost a decade, and started several technology firms.
Today he lives near New York City, with his wife Laura. He writes novels and runs a financial-services technology company.
VISIT http://www.matthewklein.org/index.html FOR MORE INFORMATION ON THIS AUTHOR

Posted by Susan May Writer at 3:06 AM