An Antidote to Sleep 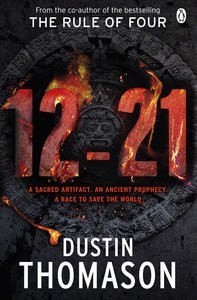 It’s ironic an apocalyptic novel, where the world is threatened by a disease causing fatal insomnia, should have me up at 2am in the morning. As well as creating sleepless nights this book will fascinate you with facts about fatal familial insomnia disease. Yes it is real—you can die from not sleeping.
‘12-21' also delves into the sometimes bloodthirsty stories of Mayan history and culture. Add this, to a list of rich characters battling their own demons fighting to save a world sliding into oblivion, and you have the ingredients of a successful novel.
Best selling novelist, Dustin Thomason has given us his version of ‘The Andromeda Strain’ with all the key elements that made Michael Crichton novels such an entertaining read. There’s science, drama, well-drawn characters and above all an unrelenting pace that builds until the last pages of frantic struggles.
The quality is not surprising, as Thomason’s 2004 novel, ‘The Rule of Four’, co-written with Ian Caldwell, sold over four million copies worldwide and he was crowned best selling debut novelist of the decade.
In ‘12-21' our journey begins in an undiscovered ancient Mayan temple, in the jungles of South America, where a codex filled with seemingly indecipherable hieroglyphics is discovered by a looter. Travelling to the USA he sells his valuable artefact on the black market.
The Codex falls into the hands of Chel Manu, Antiquities Curator of the Getty Museum, and a world authority on ancient Mayan inscriptions. Chel risks everything in not alerting the authorities to the illegal find as she is desperate to translate the Codex herself.
In an LA hospital, in December 2012, a man muttering in an unknown language is admitted, suffering from the incurable, ‘fatal insomnia disease’. Dr. Gabriel Stanton, an expert on highly contagious diseases, quickly realises they have a deadly virus on their hands.
When Chel is brought in to translate the dying man’s utterings, she and Stanton find themselves inextricably united in a frantic quest to discover the geographical origins of the disease through the deciphering of the Codex.
‘12-21’ is a science thriller of the highest calibre, written with a flair that will certainly place it on the best seller lists. Warning: This book will create insomnia but once the last page is read you will recover.


'12-21' is available in Australia on 22nd August, 2012.  It's a highly recommended read from me.
Thank you to Penguin Australia for the E-book review copy.  Read on my wonderful Kobo.  For purchasing information on the book, please visit here Penguin Australia "12.21".
About the Author 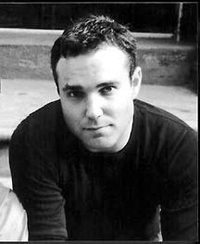 Dustin Thomason co-wrote the number one International and New York Times bestseller, The Rule of Four. He earned his BA in Anthropology from Harvard College and his Medical Degree from Columbia University.


He co-wrote the 2004 novel The Rule of Four, [1] co-created the 2006 ABC drama The Evidence and has executive produced numerous television series, including Fox's Lie to Me.
The Rule of Four reached the top of the New York Times Best Seller list, where it remained for more than six months. The book was a number-one national and international bestseller and has been translated into more than 25 languages. It has sold more than four million copies worldwide, and was the best selling debut novel of the decade.
Posted by Susan May Writer at 11:43 PM