The Forever Girl by Rebecca Hamilton ★ ★ ★ ★


‘The Forever Girl’ should come with a warning, “This book will transform you into an Urban Fantasy fan”.  After reading the Twilight books, I decided that I am not a fan of romance between humans and creatures of the night.  I like my vampires full of bite and without compassion.

The Forever Girl is published through Immortal Ink Publishing and available from: 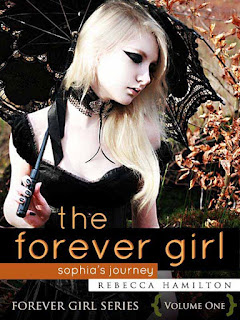 What makes ‘The Forever Girl’ by Rebecca Hamilton a cut about the average urban fantasy is the writing.  She has a talent for weaving words.  “I tilted my chin closer to his face, the distance between our lips shrinking to nothing more than a breath.”  That is a neat phrase. Throw in intriguing plot twists and you have a good read no matter your genre taste.
Sophia Parsons has a lot on her mind.  She’s a practicing Wiccan and a cult in Belle Meadow wants her out of the community, vilifying her at every opportunity. Then there is the hissing noise and voices in her head that won’t go away. She discovers one of her relatives in the sixteen hundreds was slaughtered as a true witch which sets her on a path to discover how this heritage is impacting her modern day life.
Her search takes her one night to Club Flesh, encouraged by her friend, Ivory, who tells her a friend there possesses an antique book which may help. There she meets Charles—a mysterious and seductive man—and is later chased by strange creatures through the forrest and almost killed.  She learns that these are the Cruor, vampire types, who’ve existed secretly for thousands of years.
As the romance between Charles and Sophia grows—and trust me, it is page-turning—it is clear that Sophia’s past and present are going to collide in a dangerous way.
Hamilton explains that ‘The Forever Girl’ grew from the characters who took over the story.  She says, “As I explored the mythology of this world more and more, the trilogy soon turned into a series.”
It was a wise move by this first time author to follow her characters. The fantasy world is rich, the characters fascinating, and Hamilton’s skill very capable of holding a reader’s interest through many more books of Sophia’s journey. 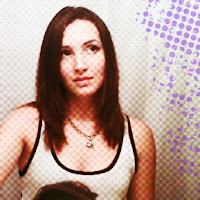 Rebecca Hamilton writes Paranormal Fantasy, Horror, and Literary Fiction. She lives in Florida with her husband and three kids, along with multiple writing personalities that range from morbid to literary.  Learn more about Rebecca Hamilton and her books at Beccahamiltonbooks.com

Also visit the very cool website of www.theforevergirl.com for more information on the series.
Posted by Susan May Writer at 8:40 PM