The Storyteller by Jodi Picoult ★ ★★ ½


I have never read Jodi Picoult but I did listen to a fabulous interview with her and her daughter Samantha Van Leer at the Australian Wheeler's Centre on their collaborative YA fiction book, ‘Between The Lines’.
That book sounded light, fun and fluffy.  So, I wasn’t sure what to expect with the latest release THE STORYTELLER.  First up, I will say this author can write and considering she’s been writing for over twenty years and has a slew of best selling books it is not surprising. 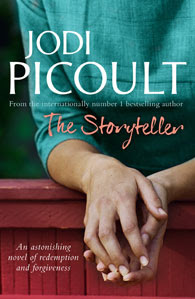 However, it is not the type of book I would normally read and I didn't love this book even though I know many of her fans are saying it is her best book yet.   It is a tough read as much of the story is of a teenage girl’s experience in Nazi Germany and the concentration camps of World War II.
There were several times where I considered putting it down.  It was just a little too horrifically detailed for me.
My one criticism is the story felt a touch cliché.  Now, I am also a film critic and I’ve seen many Nazi films (mostly foreign language) and, for me, it had a real feel of déjà vu.  In saying that, perhaps the average non-obsessive film goer and book reader wouldn’t feel this way.
THE STORYTELLER is the tale of Sage a young, disfigured woman, who chooses the nocturnal life of a baker as it allows her to hide away from mainstream life.  Instead, she puts all her energy into creating, beautiful and popular artisan bread.
She befriends Joseph Weber who imparts to her that he served in the SS-Panzergrenadier-Division Totenkopf and was once the camp supervisor at Auschwitz.  Joseph asks Sage to help him end his life and at the same time forgive him his crimes. Sage must decide whether this man who had become a valuable part of their community is telling the truth and, if he is, does he deserve redemption.
The Nazi invasion part of the story is told via Minka, who had once aspired to be a writer.  Her story-telling is so compelling it kept her alive throughout the war.  There is also a story within her story which is her book she was writing during the war.
Sage also enlists the help of a Nazi War Crimes hunter and he too has a voice in the story, although, it is Minka’s horrific tale which is the page-turning chapters.
This book is thought provoking but not for the faint-hearted and in handling this subject matter Picoult demonstrates she is an accomplished writer.  Whether you are a fan of hers or not, prepare yourself for a disturbing journey from which you will not alight for a long time after you finish reading.
Are you a Jodie Picoult fan? Do share some of your favourite books of hers.

Thank you to the lovely publicity folk at Allen & Unwin Book Publishers Australia for my review copy.

For more information on THE STORYTELLER and where to purchase, please visit the publisher’s page here. 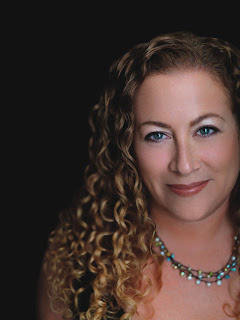 Jodi Picoult, 43,is the bestselling author of seventeen novels.  Picoult studied creative writing with Mary Morris at Princeton, and had two short stories published in Seventeen magazine while still a student. Realism - and a profound desire to be able to pay the rent - led Picoult to a series of different jobs following her graduation: as a technical writer for a Wall Street brokerage firm, as a copywriter at an ad agency, as an editor at a textbook publisher, and as an 8th grade English teacher - before entering Harvard to pursue a master’s in education. She married Tim Van Leer, whom she had known at Princeton, and it was while she was pregnant with her first child that she wrote her first novel, Songs of the Humpback Whale.
In 2003 she was awarded the New England Bookseller Award for Fiction. She has also been the recipient an Alex Award from the Young Adult Library Services Association, sponsored by the Margaret Alexander Edwards Trust and Booklist, one of ten books written for adults that have special appeal for young adults; the Book Browse Diamond Award for novel of the year; a lifetime achievement award for mainstream fiction from the Romance Writers of America; Cosmopolitan magazine's 'Fearless Fiction' Award 2007; Waterstone's Author of the Year in the UK, a Vermont Green Mountain Book Award, a Virginia Reader's Choice Award, the Abraham Lincoln Illinois High School Book Award, and a Maryland Black-Eyed Susan Award. She wrote five issues of the Wonder Woman comic book series for DC Comics. Her books are translated into thirty four languages in thirty five countries. Three – The Pact, Plain Truth, and The Tenth Circle, have been made into television movies. My Sister's Keeper was a big-screen release from New Line Cinema, with Nick Cassavetes directing and Cameron Diaz starring, which is now available on DVD.
She and Tim and their three children live in Hanover, New Hampshire with three Springer spaniels, two donkeys, two geese, eight ducks, five chickens, and the occasional Holstein.
Posted by Susan May Writer at 11:30 PM