The Many Lives of Sarah Kernochan

CLICK HERE for my Review of JANE WAS HERE

An interview with Sarah Kernochan 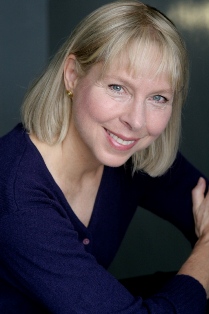 When the almighty afterlife powers were handing out talents for this lifetime, Sarah Kernochan must have stood front row in many lines. She has enjoyed remarkable success over many decades in fiction, film and music. In her latest endeavor, JANE WAS HERE, a fascinating and gripping tale of reincarnation, she explores the dark side of karma and its impact on her character’s present lives.
Sarah scripted such films as the notorious "9 and ½ Weeks," "Sommersby," "Impromptu" (her personal favorite), "What Lies Beneath" (storyline), and "All I Wanna Do," which she also directed. Her two documentaries "Marjoe" and "Thoth" won Academy Awards 30 years apart. However, Sarah’s first ambition was always to write novels.
I am grateful and excited Sarah has taken the time to share insights into her life, writing and why she believes in karmic comeuppance.
Susan May (SM): Your biography reads like the heroine of a book. You were a musician in the seventies; friends with some of the biggest names in the music industry, like John Lennon and Harry Nilsson; you write a successful book, and then turn to writing Hollywood screenplays for thirty years, along with directing. Along the way, you win two Academy Awards for both your documentaries. Now, you have returned to novel writing. Was the transitioning planned?
Sarah Kernochan (SK): I didn’t set out to be professionally mercurial. I take my cues from my inspiration. Stories come to me in different forms – sometimes as films, sometimes songs, sometimes (most recently) as a novel. But forging a career out of any one of those forms is another matter. In that sense, my transitions weren’t planned—anything but. After my first Academy Award, the natural follow-up should have been directing another film. But it became plain I was not going to get that opportunity, Oscar or no Oscar. Except for Lina Wertmuller there were no women directors in 1973. Thus, I had to quickly switch paths: I became a singer-songwriter. Then when my second album didn’t sell well, RCA let me go and I had to switch yet again—to novels. I would have been happy to settle into a career as an author following the publication of my first book, which was a success. However I found myself stranded when my second book was cancelled by the new editor, and suddenly no one wanted me. I turned to screenwriting, where I had better luck and a much better income. So I stuck with that until I turned sixty. At that point, it became hard for me to find work. Older writers (particularly female) are weirdly dismissed as has-beens by the film business. Even though I’m still lucky enough to find script jobs, they are fewer and far between. So I have gone back to the novel. Now that JANE WAS HERE is published, it still remains to be seen whether I can succeed with books. I would love to settle into the life of an author, since my earliest ambition was to be a novelist, and obviously I got sidetracked along the way!
SM: Was the plot for “Jane Was Here” a light globe moment or did it haunt you for years?
SK: For years, I played with the idea of an ordinary woman who discovers she murdered someone— in a former lifetime. I never managed to figure out how to construct a plot around that premise, though I’m sure it can be done. The light bulb moment came when I realized the central character should be, not the murderer, but the murder victim, who is reborn into the present with the task of finding out who killed her in the past. The moment I received that notion, I started to write immediately – though at that point I had no idea where I was going. 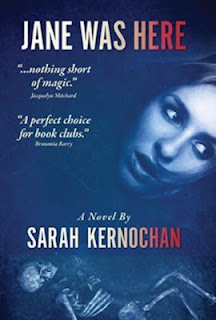 Posted by Susan May Writer at 7:28 PM

Email ThisBlogThis!Share to TwitterShare to FacebookShare to Pinterest
Labels: 2012, Interviews